Book reviews can create the difference between floundering sales and a book which is regularly making its way into the hands of new readers. Promoting your book doesn’t need to be a painful process and book reviews and connections with readers are vital to the success of your book, especially in the early days.
I’ll share my experiences of both LibraryThing and Goodreads so that you have a better idea of where to go before your book is released, and how to set up a giveaway and garner some honest reviews.

Goodreads
Stats: Launched in 2007, Goodreads claims to be the largest site for readers and book recommendations in the world, with more than 14,000,000 members who have added more than 460,000,000 books to their shelves.
I signed up as a Goodreads Author which gives you a different profile to readers, allowing you to:
·         Add a picture and bio, listing your influences and genre (this is important for finding readers in your niche).
·         Share your favourite books with readers.
·         Add your blog feed into your profile (this has helped to build my blog platform).
·         Publicise book signings, speaking engagements and other events.
·         Share book extracts and quotes (some authors say that adding quotes has helped to boost their sales).
·         Write a quiz about your book, add it to specific listopia lists and post a book trailer video.
·         Lead a Q&A discussion for readers and join in with forum chat.
In the months running up to my book release I spent some time exploring the site and getting to know readers through forums before I set up a book giveaway.  Find readers in your genre and you will have more success with your books. It is important not to just sit on Goodreads as a disconnected author but to get involved, upload books you have enjoyed and review them, add friends, join in with discussions and be present. You can set the email alerts to send as much or as little information as you like to your email account and you can always check all activity on your Goodreads account and reply to messages.
A month before my book was due to be released I entered it into a giveaway (it has to be pre-prelease). This is set for a certain period of time with a fixed number of hard copies to give away (Goodreads won’t accept eBook files as giveaways) and when it closes they email a list of addresses of the winners. While readers sign up for the giveaway, if they like the book they will also add your book onto their shelf to read later. I set up the giveaway for 3 weeks and 1,500 readers signed up for the giveaway. While these figures are higher than the average of 800 sign-ups there was no significant boost to sales at the time and just two reviews (one from a winner).
Nearly 500 people added the book to their shelves marked as ‘to read.’ This is a longer term strategy which works as part of the giveaway and for this I am grateful. It is difficult to gauge how sales are impacted as book buying is spread out over time. Readers have also taken a book quiz which I set up. You can also set up listopia lists with books which are similar to yours, add book quotes and join in with forum discussions. The readers and authors I have met on Goodreads have been friendly and informative, some also connecting via facebook or twitter.
Goodreads works in the same way as Amazon by recommending books by other authors which are similar to those a member’s list, which means that when readers add books which Goodreads deems to be similar to your title, it may then be recommended as a book to read. This is a really helpful marketing tool.

LibraryThing –
Stats: Launched in 2005, LibraryThing has more than 1,600,000 members with over 78,900,000 books catalogued. Nearly 2,000,000 reviews of more than 664,000 works have been written by members.
Once I had become familiar with Goodreads, I explored LibraryThing. I entered a member giveaway after the book was released at the end of December 2012, but they also have early review giveaways. The option of a giveaway before or after your release date makes this more flexible.
You can giveaway either hard copies or eBook files, which allows you to give away many more copies using .mobi and .epub files. Most authors offer eBook files only and enter 25, 50, 75 or 100 copies into a giveaway, stating that they will be giving away eBook files only. This made more sense to me so I set up a giveaway for 50 copies but I noticed that books are listed in order of the number of copies to give away and then put into date order, so if you want to be nearer the top of the list, it might be better to release 100 copies, although remember that you will need to send these all out.
I set the giveaway for 2 weeks and 45 people signed up in 3 days. If more people sign up than the allotted number to giveaway then LibraryThing will pick winners at random, as with Goodreads. When the giveaway closes, LibraryThing also emails you with a list of winners with their email addresses, which is much quicker and cheaper method of distribution.
I had read that there was less interaction between authors with readers on LibraryThing but I have had some good chats with readers, and reviews on various sites (including Amazon, Goodreads, Barnes and Noble and LibraryThing) from the giveaway with some really encouraging emails from readers with lots of feedback. Although there were less sign ups than on Goodreads, the requests build up quite quickly and I had more reviews and emails. Several people have connected with me through other social media sites and I noticed a jump in sales following the giveaway. I have really enjoyed the experience and would recommend exploring this site if you haven’t yet joined. It’s important to remember that you can’t demand reviews, you can only offer your books with a review request. Be courteous and join in with the communities on each site. They are both full of interesting readers, authors, groups and forum discussions.


More limited in giving away hard copies, factoring in the cost of purchase and postage.


Readers add your book to their to-read list through a giveaway.


Reviews generally only on Goodreads.


The option to create Listopia lists, quizzes and add book quotes widens the number of pages where your book will be listed on the site.


Option of either format gives you the freedom to list many more giveaway copies.


Your book is added to lists organically but it takes time.


Reviews can be requested for any site. 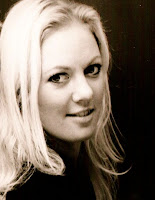 F.C. Malby is the author of ‘Take Me to the Castle,’ set in Prague during the Velvet Revolution. She is a novelist, a photographer and a teacher, and has taught English in the Czech Republic, the Philippines and London.  You can find her blog and website at fcmalby.com, or connect on twitter @fcmalby, or on her facebook author page.

Take Me to the Castle is currently free to download this week until 1 March.  View the book trailer.